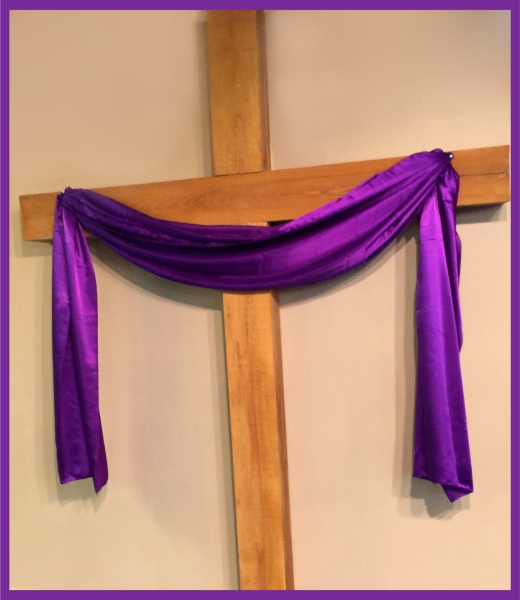 Deceitful the way
They captured You:
By a friend betrayed,
Bound and taken away.

Fearful the way
They deserted You:
As accusers tread,
All Your followers fled.

Shameful the way
They taunted You:
All their jeering heard,
Yet You spoke not a word.

Painful the way
They tortured You:
While Your flesh was torn,
Soldiers mocked to scorn.

Awful the way
They crucified You:
Hammered nails were heard,
On a cross undeserved.

Boastful the way
They buried You:
Guarded day and night,
With the tomb sealed tight.

Joyful the way
They discovered You:
“He is risen,” confessed;
By hundreds, witnessed.

Tearful the way
They gazed up at You:
Into clouds, did ascend,
But You’ll come back again.

Wonderful the way
We’re saved by You:
From our sins, set free,
Because of Calvary.

Surely our griefs He Himself bore, And our sorrows He carried; Yet we ourselves esteemed Him stricken, Smitten of God, and afflicted. But He was pierced through for our transgressions, He was crushed for our iniquities; The chastening for our well-being fell upon Him, And by His scourging we are healed. (‭Isaiah‬ ‭53‬:‭4-5‬ NASB)

Sue Nash/2015
Photo is of the cross at our church

Daffodils in Spring ~ my grandmother planted these

Exceeding sorrow filled their hearts,
They couldn’t bear to see Him part.

But although He was crucified,
It wasn’t the end of His life.

Though death separated three days,
To His followers Christ would say,

Just as the disciples did after the crucifixion of Christ, have you ever faced times when you thought things were hopeless?  You’ve prayed.  You’ve held on, but things only seem to get worse.  Then, something else happens, causing your hope to crash into despair.

When Jesus died, His followers wrongly concluded that all was lost.  Their King was gone; their hopes dashed.  They couldn’t see the promise for the tears.  Anguish distorted their anticipation of resurrection.

The pain of hopelessness does that.  It shreds any possibility of victory.  Through the lies of the enemy, it brutally annihilates trust.

Yet, our Savior, after enduring cruel battering by His captors and dying a death undeserved, knew that death would not hinder His resurrection.  What seemed hopeless to the disciples was merely a lack of understanding on their part.

Resurrection was set in motion the moment Christ breathed His last.

We would do well to remember that.  Although the breakthroughs seem impossible, their fulfillment is only awaiting their ripe Easter morn.  Suddenly, what God has promised will burst on the scene.

“Hope deferred makes the heart sick: but when the desire comes, it is a tree of life.”
Proverbs 13:12
NKJV

To see my previous posts about Easter, follow the link.

Crepe myrtle in my back yard

Crepe myrtles breathe life into summer in a way few other flowering shrubs or trees do.  Their colorful blossoms appear suddenly and linger long, even in the driest of conditions.

What I have always found interesting is how dead they look all winter.  Where I live, pruning is best done in February, leaving myrtles looking pitifully bare and scraggly most of their dormant season.  Only when the spring warms them do they sprout their leaves and send out buds in preparation for their showy display all summer.  The flowering branches seem to erupt out of lifeless wood.  Even the trunk comes alive with color.

As such, the process of their beauty springing forth from dormancy reminds me of the cross.  Its wood held the dying body of Christ, but was the conduit for ushering Him back to life.  The glory of His resurrection was not possible without the life-ending narrative on a wooden cross.  Life that gloriously erupted from the tomb was first crucified on dry, splintering wood.

This brings hope to anyone discouraged.

Life’s problems can overwhelm to the point of despair, shattering all hope.  At our lowest, it can seem that the promises of God have lain dormant for so long that they are like lifeless impossibilities.

However, God is always right there to breathe resurrection life back into any situation, no matter how desperate.  We who are in Christ have the same Spirit dwelling in us that raised Him from the dead.   His presence is always near and His power available.  Even though we cannot presume to understand God’s ways, we can always depend upon the trustworthiness of His promises.  Something new can emerge from the most dismal of circumstances.

Are you tempted to give up hope?   Each time you lose heart, remember the glory of new life seen in myrtles and the resemblance of the cross.  Glorious, resurrection beauty can spring forth from what seems impossible.

The Chronic-ill(s) of a Quirky Teacher

a blog of hope by savannah wall